Teaser shots from my new game 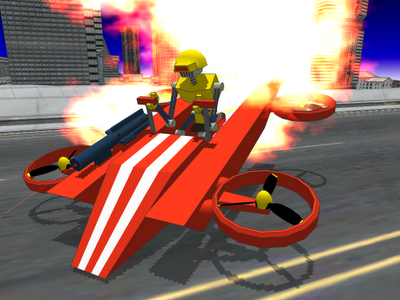 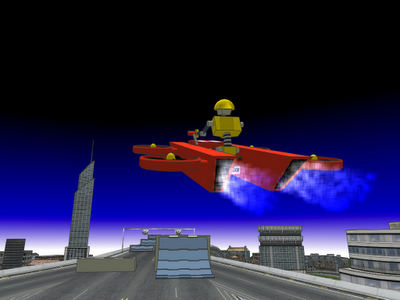 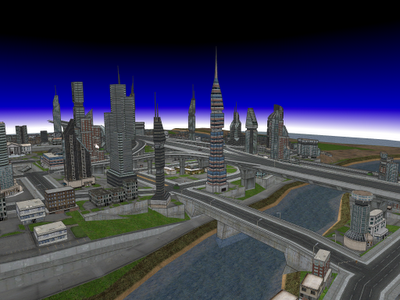 Hot off the press... some teaser shots of my new game that is currently under development: Hover Biker. In many ways it will be a better game than the little crane that could. Better graphics, more action, and more mass appeal. What has not changed is a first-rate unsurpassed physics simulation at the root of the game.

This time around, I purchased professional 3D artwork for the city environment. Unlike my own art (which we call programmer art in my industry) it has textures applied. The game will feature a very rich city environment that is completely accessible for the player. This is the opposite of a 'game on rails', if your hover bike can reach it, you are free to visit every nook and cranny of the city.

I will release the game with plenty of challenging levels, but just high speed hovering and pulling stunts with the hover bike is a treat in itself. The game should be in the app store for iPad and iPhone this Christmas. I have a feeling that this game could do very well, and is capable of making some big waves on the app store. There is potential to equal or surpass little crane's success.

OK,very promising. If you need a solution how to fire the gun through the propellor rotation field. I have access to the Fokker patent.....

I'm glad you like it, Rubbie John. A port to Android is unlikely. Hover Biker is selling very poorly: 50 times fewer sales than Little Crane. Porting it would require rewriting ObjectiveC, and is a large effort. Somehow, Hover Biker does not have enough appeal to players to make them buy the premium levels.